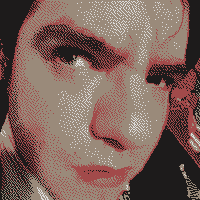 I'm a writer, remaker and pagan. I believe in hope, hearth, and fixing as much shit as I can from down here in the mines. I write about everything from practical hearth magic to fictional reconstruction and chaos magic, and from poetry to superhero fiction.

You can find me at jackdaw#9850 on discord. rubedo.work exists to be my home base on the internet. I am transmasculine, genderqueer, and live in Portland OR, U.S.A. Reach out if you have questions.